Ready to reach new customers? I’ve found that one of the best product launch steps involves focusing your marketing on Pinterest.

But the sheer volume and competition on Pinterest can seem overwhelming, so it’s vital to find a way to stand out. Here is a guide to the product launch steps that will put you in front of your ideal customer.

Having a great group of followers is the key to success in social media. Figure out who tastemakers and core influencers are in your industry (for instance if you are a jewelry designer – Flourish and Thrive would be great to follow) from influential bloggers to industry thought leaders – and begin following them. Make sure to interact, with comments and repins to show you are an active follower.

But it’s not just the leaders who matter. A study found some fascinating facts, including that most purchases are discovered on the boards of regular people, as opposed to big brand retailers. Interestingly enough –  19% of purchases were discovered through a friend, and 24% through a stranger. That’s why it is vital to create content that your followers will want to share organically on their own boards. Not only does it expose you to a wider audience, but it helps build buzz (as a personal recommendation to their friends) and credibility.

2. Begin to develop a library of stunning images

You don’t want to dump too many images out there at once. Make sure that your boards contain curated images that meet the high bar that Pinterest demands. Build out a variety of boards, from your own products, to products you love, to inspirational or aspirational quotes.

Most sales are made within three weeks of pinning, so that is the time to reach out to someone who has pinned your item. Comment on their board, or, if you’ve captured their email address, follow up personally – maybe even offering a limited bonus three weeks later.

Another reason to remember the magic number of three? That’s the ideal time to repin content that was popular the first time. It’s unlikely that someone will go back to look for it, so after about three weeks, refresh and pin it again, for your new followers or anyone else who might have missed it the first time. Reverse engineer the three week pin date to make sure that your most popular content comes up on a regular cycle.

4. Tug at the heart strings

Don’t forget to attach your launch to a bigger story, whenever possible. Your soaps aren’t like anyone else’s – they’re organic. Your baking mixes aren’t like anyone else’s — they were developed from generations-old recipes. Your jewelry isn’t like anyone else’s — it was inspired by an old broach you found in your grandmother’s hope chest. Your scarf isn’t just an accessory — it ties together an outfit to make you feel “dressed,” even if you’ve had a hectic morning delivering preschoolers. See how that works? Make sure that you let people know how your product can solve their challenge – and why yours is superior and special.

Now is the time to start building buzz for your products through using a cohesive approach to product launch steps. A smart Pinterest strategy can do the work for you, if you know how to pin right. 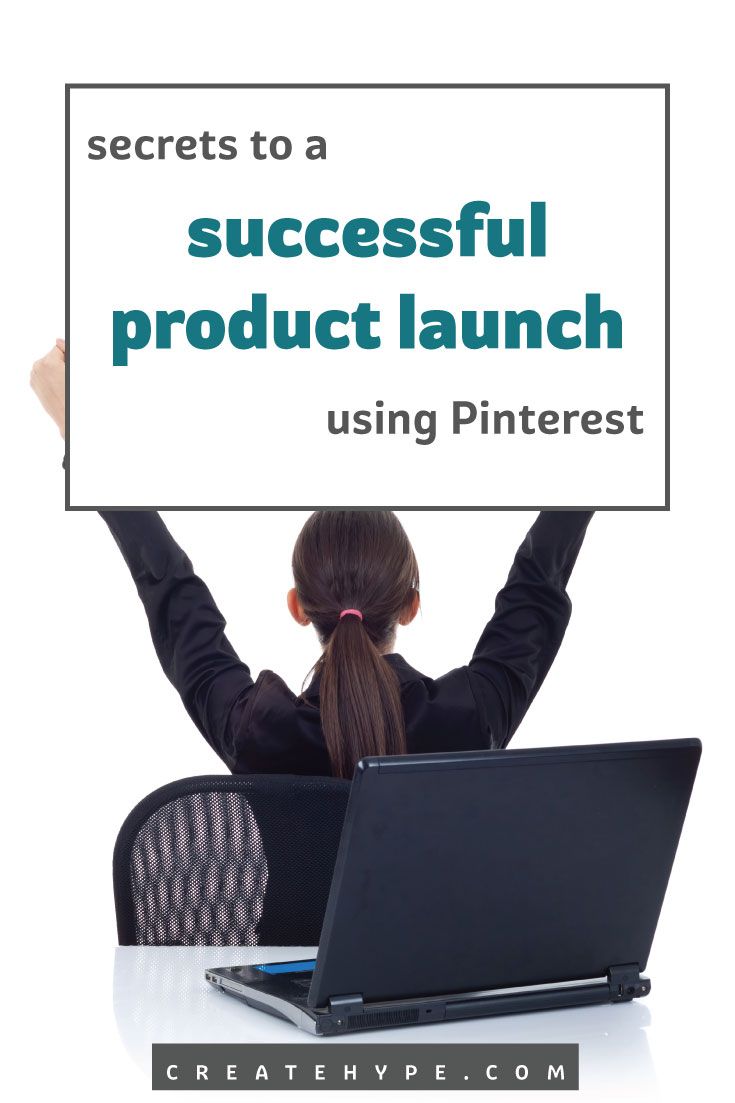