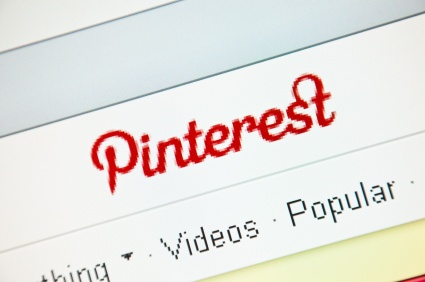 Pinterest, Pinterest, Pinterest. She’s social media’s newest darling, and everyone is talking about her. Although the virtual pinboard site has successfully drawn the attention of 10.4 million users as of February 2012 (according to Internet Marketing Inc.), not all of that talk is Pinterest praise.

Personally, I love the site. The ability to bookmark all my favorites across the Web and collect them on simple, beautiful pinboards makes me feel extremely productive and relaxed all at the same time. But like any hot social platform, Pinterest is experiencing growing pains, and they appear to be more severe than usual. Are these flaws putting its future in jeopardy?

Here’s a quick rundown of what Pinterest is, for those of you who haven’t jumped on the pinning bandwagon: Essentially, you collect images from the Web, whether they’re pictures of foods to cook or of wholesale glass blocks for craft projects, and you pin them onto a specific board. When sourced correctly, the pin goes back to the original site from which it was found. Your followers see your pins, and if they like them, they’ll repin them.

Here’s where the whole copyright thing comes into play: Most people on Pinterest don’t own the images they’re pinning. And Pinterest’s terms of service makes users responsible for pinning content that doesn’t violate copyright laws, which means if they want to avoid a possible copyright infringement mess, users should only pin images that they own or that they’ve received permission to pin. Unfortunately, many users have little to no understanding of copyright, and aren’t even aware that copyright is an issue with each image they pin.

As far as I know, no one has actually claimed copyright infringement against an individual Pinterest user. This could happen, though, if Pinterest doesn’t carefully educate its users on the risks of pinning content – for example, if a pinned image is used for commercial purposes without the original owner’s consent. For businesses using Pinterest, the risks may be even larger. The problem is, once users start realizing these risks, they might keep their distance from Pinterest altogether.

After an article posted on Jezebel raised the issue of “thinspo” boards, Pinterest’s terms now state that users agree not to post content that “creates a risk of harm, loss, physical or mental injury, emotional distress, death, disability, disfigurement, or physical or mental illness to yourself, any other person, or to any animal,” in addition to violent, harmful or racially offensive content.

“Thinspo,” or “thinspiration,” boards on Pinterest contain images of thin, sometimes gaunt women as well as quotes that seem to promote anorexia and other eating disorders. While the new terms essentially ban these images from the site, Pinterest must come up with a way to effectively police and remove them within a reasonable timeframe. With Pinterest continuing to grow, this type of user control is critical to keeping users safe from offensive, potentially harmful material.

What about men?
One look at a Pinterest board and you can probably guess the site’s main audience. According to a ComScore study cited by TechCrunch, about 80% of Pinterest users are female. Men aren’t pinning much of anything, which makes sense, since Pinterest’s design of curating visually appealing images onto themed boards is geared more toward women planning their weddings or decorating their homes. In fact, Pinterest’s audience is so narrow that many businesses are having trouble figuring out how to use the site to increase brand awareness; a company that provides vehicle tracking devices, for example, might find that Pinterest users just aren’t interested in images of trucks.

While there’s nothing wrong with a social sharing site that centers mainly on a female demographic, it does limit any plans that Pinterest may have for expansion and growth.

What are your thoughts on Pinterest’s flaws? How do you think they’ll affect Pinterest’s success?