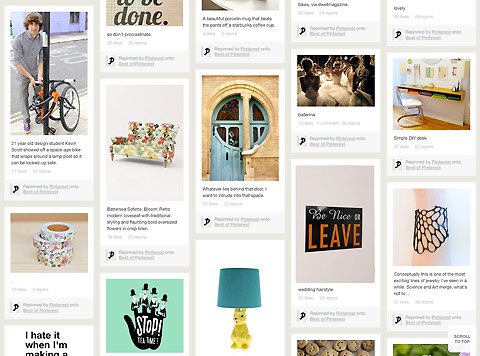 You’re probably already familiar with Pinterest’s popularity and you might have heard about the controversy surrounding Pinterest’s Terms and Conditions when it comes to copyrights.

Here are some of the issues around this topic, along with what you need to know and how you can protect yourself and your business while on Pinterest.

A lot of Pinterest users (and former users) have a misconception that Pinterest’s Terms & Conditions state that Pinterest owns all the copyrights to all of the images and videos that are pinned on its site. That’s simply not true. In fact, Pinterest states, “You retain all of your rights in all of the User Content you post to our Service.” What that means is that you’re not giving up any of your rights or copyrights when it comes to your content posted on Pinterest.

However, while you’re not giving up any of your rights by posting your images, videos or content on Pinterest, you agree that, “you grant us (meaning Pinterest) a non-exclusive, royalty-free, transferable, sublicensable, worldwide license to use, display, reproduce, re-pin, modify (e.g., re-format), re-arrange, and distribute your User Content.”

That seems a bit scary if you’re an artist, photographer, designer, entrepreneur or anyone else who doesn’t want their images or intellectual property modified, reproduced or distributed. That’s where it gets a bit iffy for a lot of Pinterest users and the reason some designers, creative and bloggers have deleted their Pinterest accounts.

So Can You Pin Other People’s Stuff?

This is where a lot of people are “breaking the rules” when it comes to copyrights and Pinterest. Pinterest’s T&C state that technically you must have permission from the owner of an image, video or content before you can pin it on Pinterest. We all know that’s not the case for most of the stuff we pin. If you find a cute dress at www.Macys.com you’re going to pin it to your board – you’re not going to email Macy’s and ask them for permission to pin their image.

So while you’re breaking the rules of Pinterest when you pin other people’s images, chances are that the owner of the images won’t come after you for copyright infringement. Most people actually want their images and content posted on Pinterest and if they don’t they can easily insert a piece of code on their website to prevent users from pinning their images (but I haven’t come across any sites yet who have implemented that).

What Does This Mean for You?

If you’re an avid pinner like I am, what this means is that you should always try to pin an image from the original source. It also means that if someone asks you to remove an image because they don’t want it posted, you should oblige and take it down.

Also, keep in mind that Pinterest is still a fairly new site and they are “learning the ropes” as they’re growing. Their Terms & Conditions are always changing based both on their needs and the needs of their pinners. It’s my belief that In due time they’ll update their terms to reflect the demands of the market – after all, they do want to succeed and grow, especially since their growth so far has been phenomenal.

In the comments below, I’d love to hear your take on the Pinterest copyright issues. Where do you stand?