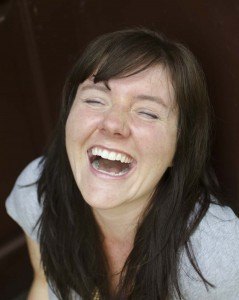 Arecent article in Fast Companybreaks down the concept of “indie capitalism” as the next wave of economic regeneration. This system is rooted in social consciousness and a high level of integrity. Goods are made with purpose and quality, on a small scale. Indie capitalism is “a maker system of economics based on creating new value, not trading old value.”

Three words that are positively brimming with possibility.

As creative entrepreneurs, you are all uniquely positioned to define your own “new” value. You get to decide what sets you apart from the other indies in your market and build from it. The key to defining your value is connection. Find the thread of meaning that runs through your product, ties into your mission, and wraps around your people. Cultivate one-on-one relationships. Don’t be afraid to show everyone what you’re all about. Transparency taps into an aspect of human nature that’s been overlooked in the years of big-box stores and corporate dominance—that we all want to be a part of something bigger than ourselves. It’s empowering. We realize that our individual efforts can create big change. (You might have heard about this concept during a little thing called The Occupy Movement.)

However, we also realize that with all this newfound power comes great responsibility. We built it, and now we’ve got to figure out how to sustain & grow it. The answer is deceptively simple—it’s (again) just connection, but of a different kind. When we defined the value we were essentially building our root structure; we built an identity for our business and ourselves as entrepreneurs. Sustainability demands that we branch out and build it bigger. We craft relationships with other indies. We cross-pollinate. We connect service-providers into the indie market and crowd-source for supplies, space, and the tools we need to grow. Co-working spaces such as3rd Wardin Brooklyn are redefining artisan work, making craft mastery accessible, and becoming as much a part of the community as they are a community onto themselves.

If indie capitalism is the future of our economic growth, right now you’re planting the seeds of change.

You’ve got the power to create new value through connection, transparency, and depth.

Hey Indies, Megan’s latest e-course,Leap 2012, is all about creating alignment between product, people, and mission that delivers profitability. The class is only open until January 31, 2012—get signed up today to craft your own profitable plan for the new year. Check out the detailsHERE.